PaladinLocker is upgrading - some pages will be temporarily out of order

The hosting company that we are using are forcing all servers to PHP 7.2, and I am working to make all the locker pages compliant with this.

Unfortunately it is not quite going as planned, but I have reworked the most important pages including Ourfaction and registering influence stats, and the rest will follow.

Sorry about the inconvenience.

The Unification Act of October 3306

The Unification Act of October 3306

During the long history of the Consortium, houses have always been independent societies. Over the last few galactic years the Senate has worked toward a new unification system. The goal: standardising the political structures of the Consortiums' houses. In October 3306 the Senate and the Council launched the Unification Act with the purpose of restructuring the institutions and the administrations. While the houses maintain their independence their internal organisation will be now standardised. Such ... Read more 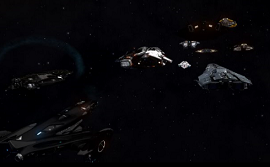 Following the attack of Mackenzie Relay station in the Imperial territory, Paladin Consortium sent a few scouts to assess the situation and confirm the involvment of the Neo-Marlinist Liberation Army (NMLA).

Once more information on the situation wil be available, a humanitarian convoy will depart from LFT 37 and head toward Mackenzie Relay to support the reconstruction effort and provide help to the local population.

The Valarirca was safely found in the Synuefe system. Since their recovery, more information on the problem were gathered.

The Valarirca was attacked by thargoids at the entrance of the of the sector. Some corrosive damages were observed in the exhaust of the new tritium-based prototype of FSD. One of the ship's fighter, crashed in the nearby planet. The pilot did not survive, but the security drone of the fighter was able to send an emergency signal and a picture of the crash. The body of the pilot was found and returned to the family.
... Read more

The missing crew: a new hope

The recent efforts of the scientists have paid off, and they managed to narrow the search windows into a small sector.

We are going to launch a brand new megaship, PC Eta Carinae, into the sector. We are very confident that the scientific teams found the last signature of the Valarirca, around 500 Ly from the original search sector. The good news, the ship is closer to our bubble than anticipated, in the Synuefe sector.

The famous Cmdr NeilKD will be in charge of the expedition. We are calling for all Paladins willing to... Read more

Thanks to our Cmdrs, a lot of data have been transferred to our labs in Andhrimi and LFT 37. The labs have been working days and nights to decode the different signals sources and find irregularities. They did find one which could correspond to the signature of a tritium based witchspace contracture. However, this "sign" of a tritium jump was much bigger than expected for the prototype of FSD onboard the Valarirca. As suspected, this could indicate a drastic overcharge of the FSD. As no debris were found nearby this jump site, we can expect the... Read more

The first data from the BV-Y systems have been delivered in our systems. The scientific teams in Andhrimi and LFT37 will collaborate to analyse those data. They are looking for little anomalies that would be undetectable by the computers in a standard ship. However, supercomputers and their algorithms may be able to highlight those variations from normal spectrum.

It is capital that a little more data arrive to our systems in the coming days. 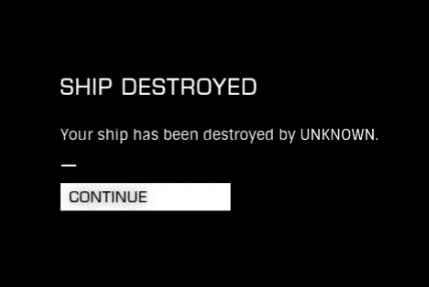 The teams in Andhrimi have been working as hard as they can to reproduce the conditions of the potential accident. The prototype MTF-I (Miniature Tritium Fsd) could potentially have suffered from an overcharge. While the details of this incident are quite complicated, two outcomes appear to be statistically plausible. First, the overcharge led to a total disintegration of the ship. The crew may have had the time to launch escape pods. The second scenario would have created an uncontrolled jump, pushing the crew somewhere within 10-35943 Ly from... Read more

The lead scientist of Yurchiken station in Andhrimi has shared some documents, declassified yesterday by the consortium, to our journalists. By reading those documents, we learn that the Valarirca was recently outfitted with a new type of FSD using tritium fuel. Those FSD were recently developed to equip massive crafts, like capital ships, megaships and fleet carriers. Andhrimis' team have been working hard on a miniature FSD using the same fuel source as those titans. The potential, a drastically increased jump range. 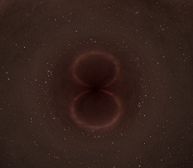 The Valarirca, also nicknamed Blue turtle by her crew (for unknown reasons), is an experimental ship built within a federal corvette. The ship is often equipped with prototypes of new modules and software versions. For those reasons, the crew of the Blue turtle requires many engineers and scientists to monitor those technologies.

The purpose of their last mission has yet to be communicated by PalCon's council, but the comm link between PalCon siege and the Valarirca was until yesterday, excellent. PalCon's CEO was able to attend all... Read more

A highly modified federal corvette has been reported missing yesterday, with a crew of 35 people and their captain, PalCon's CEO, Cmdr Noduran.

The crew was heading toward the California Nebula when last reported. The details or their missions has yet to be made public.

No events in the calendar for the coming weeks

Help your fellow paladins keeping track of what is going on

PaladinLocker.com is a resource for the game Elite:Dangerous for the whole community and a group website for the player group Paladin Consortium.

You can sign up as a guest, a diplomat from another player group or as a member of Paladin Consortium.

News are from the Paladin Consortium leadership, but you can suggest or submit news stories in the topic "Submissions for news stories".

"Pilot Autonomy... Unified as One"

Simply put, we are pilots that believe in experiencing everything that Elite: Dangerous has to offer... and when required, come together to accomplish specific goals/objectives as a collective unit.

What do we do?

We fly together, exchange experiences, host group events and competitions and do our best to make our game time enjoyable together.

Whether you are a hard core Elite pilot, an occasional flyer, or a roleplayer who "lives the life", our group has something for you!

We encourage every member to do the things they enjoy, and we provide opportunity to learn new skills and trades. We ask members to share their knowledge with other members of the group, helping each other to experience everything in the game.

We foster active participation here and on Discord, as well as in-game to promote camaraderie with our members.

How do I join?

You can sign up both here and on inara.com, preferably both. We have a few rules for membership

We look forward to flying with you!